Di and Tony attended Dave's memorial along with two members of the Cotswold Fungus Group , Dr.Jean Philippe Rioult (who became a close friend of Daves)  Head of the Mycology Dept. at Caen University, many members of local French Fungus Groups, including the local Mayor!
​
Jenny his wife thanked everyone …..


“Thank you so much to everyone who accompanied Dave, myself and his family to his last resting place in the forest of Saint Sever on Sunday – your presence and participation in the commemorations were so very much appreciated. Thank you also to those who weren’t able to come but sent their messages of love and support.

Many people helped to organise the day, but in particular, I am so grateful to Jean Philippe Rioult for leading us through the ceremonies and the walks and for his continuing support for me since Dave’s departure. To the catering team of Widad,  Martine and Corinne, and those who helped organise the venue at L’Etape en Foret - I’m sure everyone who was there will join me in saying – ‘thank you and well done’. And I am sure Dave would have approved!

As a result of the kind help and co-operation of the local councils of Saint Sever and Noues de Sienne and of the Office National des Forets (ONF), I was able to commission two permanent memorials to Dave in the forest. Following a strong British tradition, one is on ‘his bench’ by the lake and is in front of the area where his ashes were scattered. The other, in the form of a mushroom and commemorating his contribution to the study of fungi and their habitats, is attached to the forestry service’s shelter at bottom of the car park opposite the lake.” 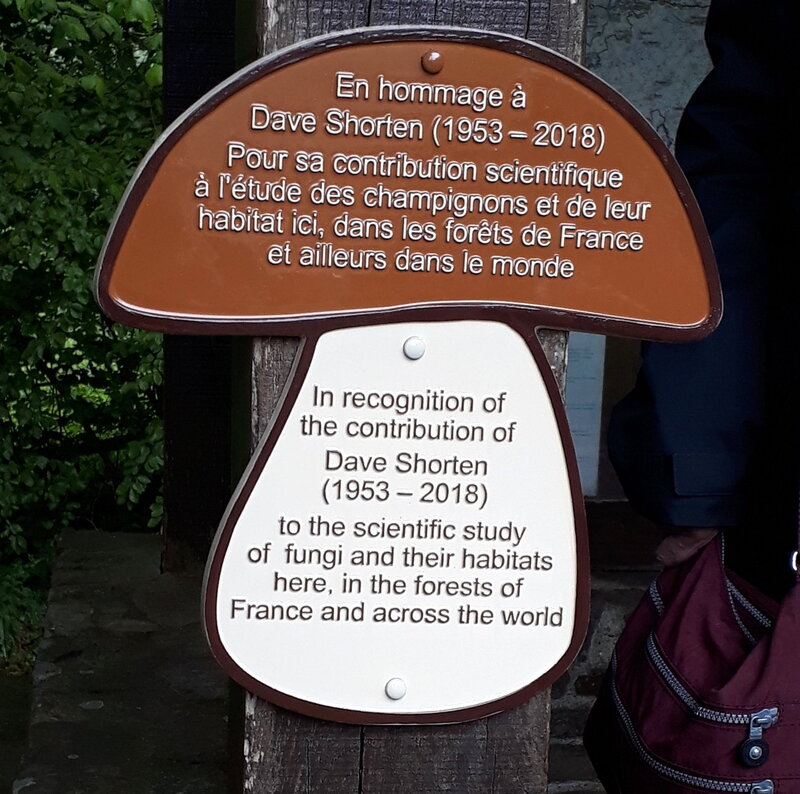 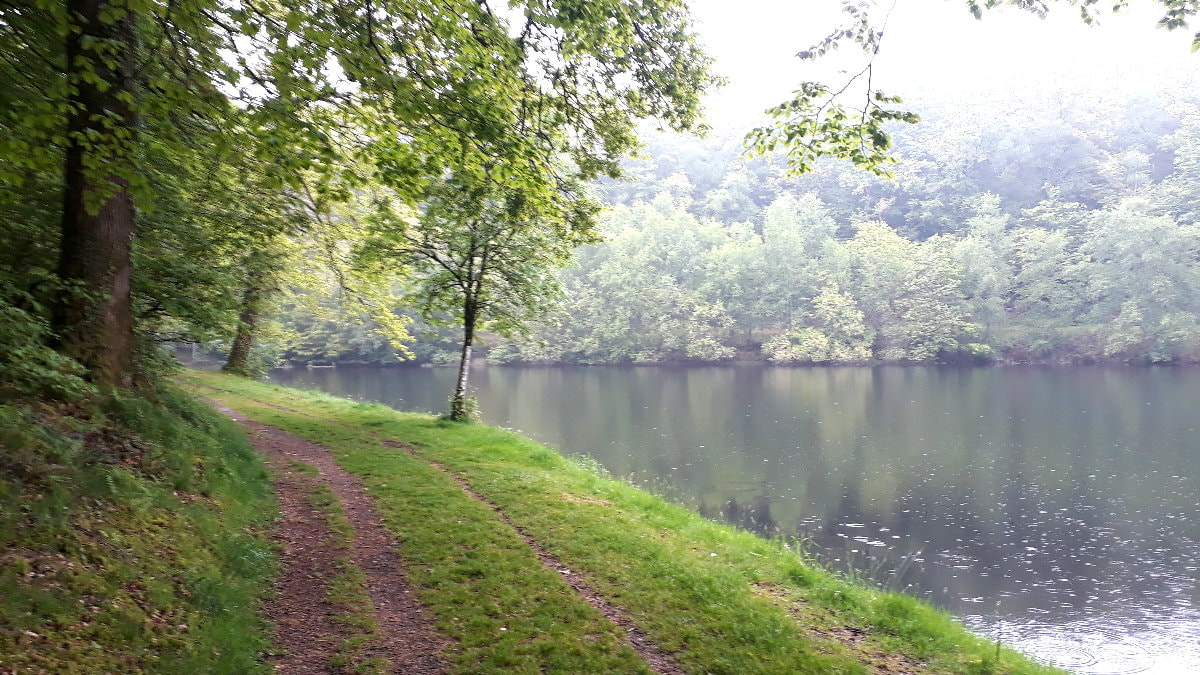 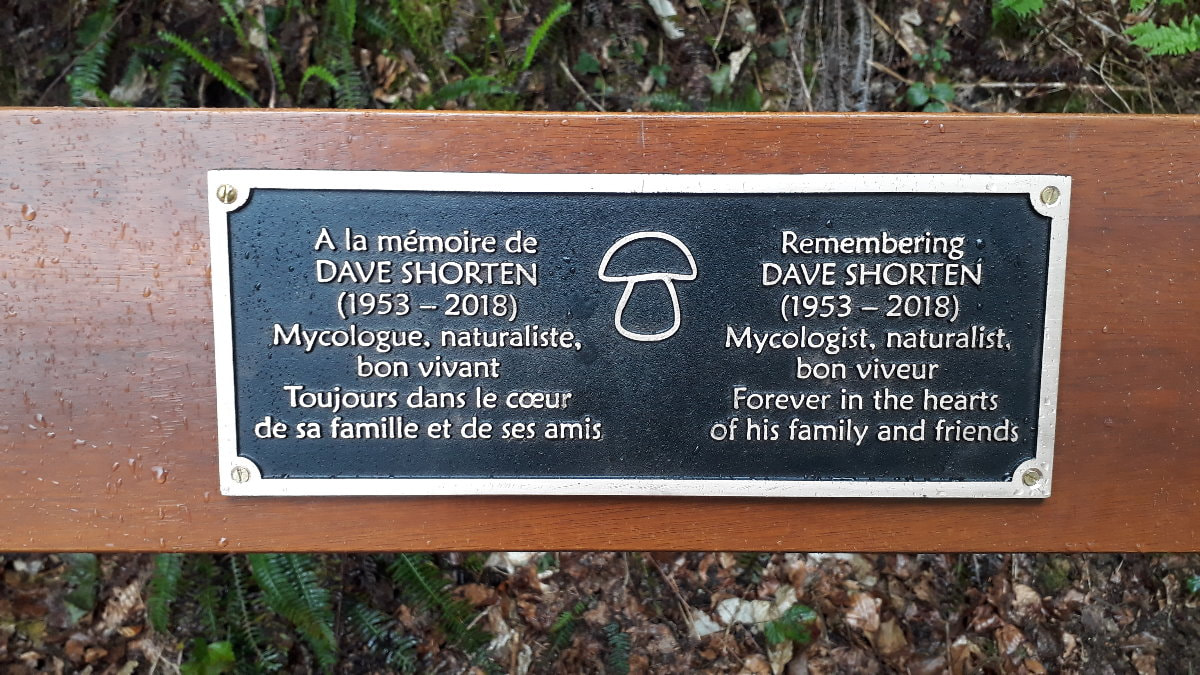 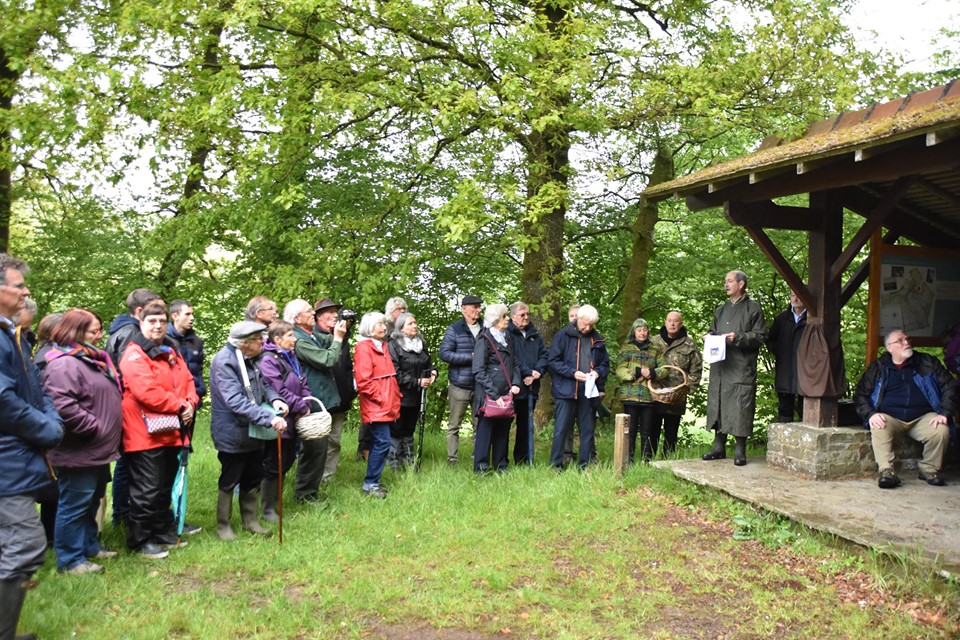